1 Introduction During the operation of the train, if the angled door is closed by mistake (referred to as a closed door, it is mainly caused by artificially deliberately destroying the abnormally closed angled door or caused by natural damage due to long-term work). When braking, the air braking function is affected, the braking force is reduced, and in serious cases, it will cause accidents such as train advancing and rear-end collision. Therefore, the train "breaking customs" is one of the important problems in the safe operation of the railway. In 1988, the Ministry of Railways listed the prevention of accidents caused by the closing of angled gates as a key project for railway safety. At present, the detection of train breaks is mainly based on the sampling of the air pressure data in the train tube, and then compared with the data under normal circumstances to calculate whether the break and the specific position of the break. There are roughly three types of detection devices developed based on this principle: (1) Train tail safety devices, (2) Train breakage detection alarm recording device (train tube penetration status detector), (3) Train brake supervisor leakage detector. The system design introduced in this paper is based on the principle of the train alarm detection and recording device.

2 Detection system circuit design The detection system circuit includes a signal conditioning board, a single-chip circuit, a filter amplification circuit, an A / D conversion circuit, a display circuit, etc., as shown in FIG. 1. The single chip microcomputer is the core of the system. It controls the A / D converter to sample the filtered and amplified pressure and differential pressure signals and convert them into digital quantities. After being processed according to certain algorithm rules, specific values â€‹â€‹representing the running state of the train tube are obtained and sent for display. Circuit. 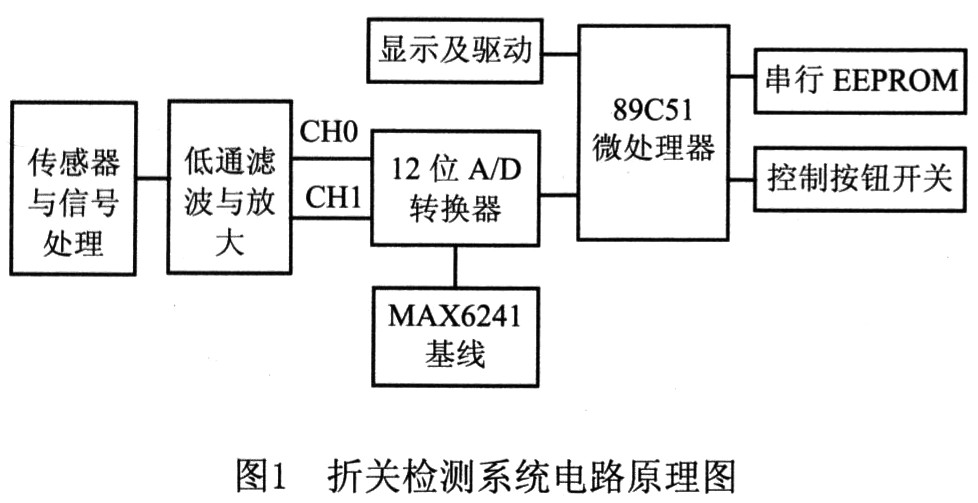 2.1 Filter Amplifier Circuit The pressure P sent by the device detection box is a 0mA ï½ž 20mA signal, and the differential pressure. DP is a 10 Â± 10mA signal. This current source signal is insensitive to changes in excitation voltage, and long wire transmission will not cause errors due to voltage drops or induced noise. Due to the harsh on-site conditions and severe interference during train operation, the diffused silicon piezoresistive sensor itself is more sensitive to sound pressure and other stray interference. The two signals sent by the sensor to the host pass through two low-pass filters, so that the signal quality is obtained. To improve, the low-pass filter uses MAX291, which is an 8-stage Butterworth low-pass filter. In order to prevent signal overload and filter failure and damage, two input signals are added with a hardware overload protection circuit. The amplifying part is composed of LM124 and peripheral components. It amplifies P and DP to 10V and 5V + 5V respectively for A / D conversion. Figure 2 is a schematic diagram of the wave amplification circuit of the pressure P signal. The adjustable comparison level is set to fully amplify the useful change components of the intercepted signal under the two conditions of constant pressure 5kg and 6kg.
2.2 A / D conversion circuit During the A / D conversion process, the input continuous signal is sampled every time T, the sampled data is discrete in time, and then quantized (that is, encoded) to convert the analog signal into Digital signal. In the A / D converter, rounding and quantization are used. There is no doubt that quantization will distort the signal, bring quantization errors to the system, and affect the accuracy and process smoothness of the system. In order to reduce the impact of quantization error on system accuracy and smoothness, the A / D converter should be selected correctly.
When monitoring the pressure and differential pressure of the gas in the train tube, two signals need to be collected in real time and converted into digital quantities. In order to improve the dynamic performance and measurement accuracy of the system, 12-bit high-speed A / D conversion is used MAXl96 for analog-to-digital conversion, and MAX624l as a reference. The P and DP signals after forward processing are sent to CH0 and CH1 of MAXl96 respectively, and the A / D conversion is completed under the control of 89C5l. Figure 3 shows the connection diagram of the A / D conversion circuit. 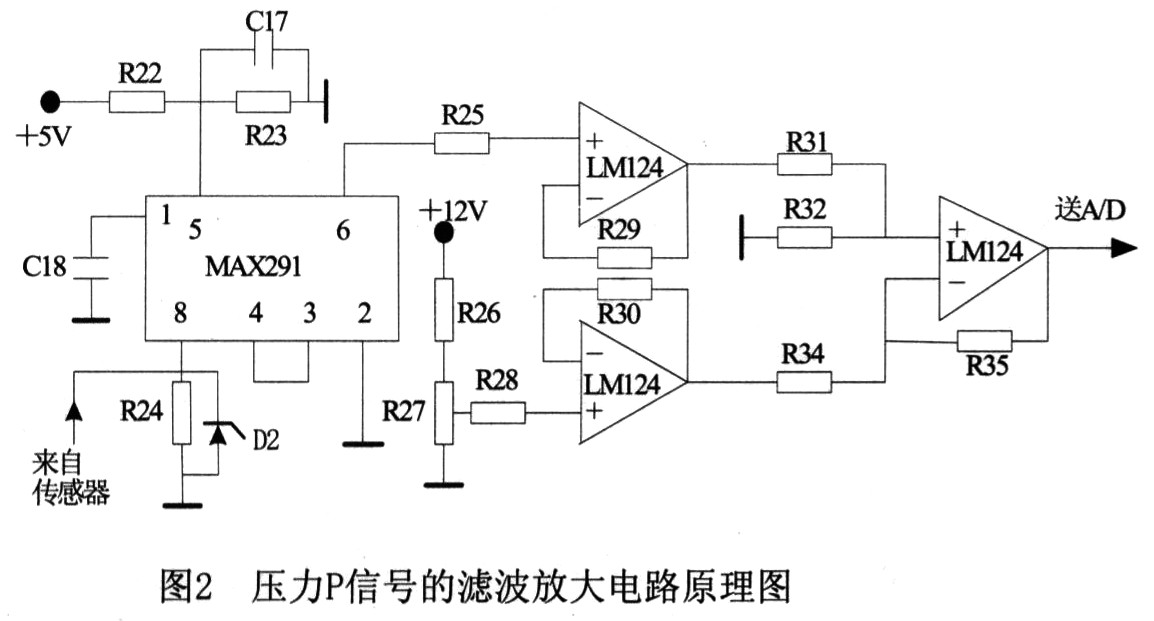 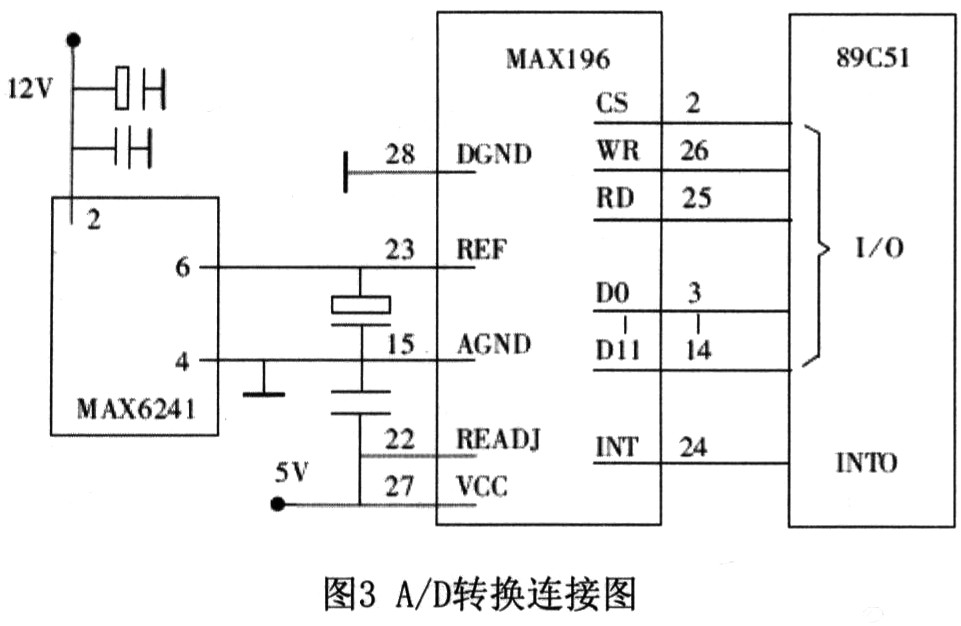 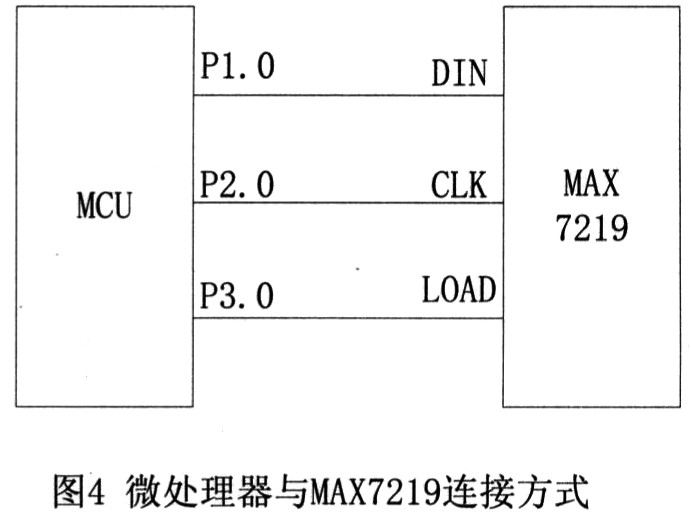 MAX7219 is a highly integrated serial input / output common cathode LED display driver. Each piece can drive 8-bit 7-segment plus decimal point common cathode digital tube, which can be cascaded in multiple pieces, just connect the DOUT of the previous piece to the DIN of the next piece, and the CLK and LOAD lines are all common and connected together. When cascading multiple chips, pay attention to the start and end points of the LOAD signal for the operation instructions of the MAX7219. When the operation starts, the LOAD drops to a low level. According to the two bytes of each MAX7219, if there are N pieces, 2N words are sent After the festival, LOAD rises to a high level. It should also be noted that the command sent first will reach the last slice of the cascade. The MAX7219 is equipped with a scanning circuit. In addition to receiving data from the microcontroller when updating the display data, it usually works independently, which greatly saves the limited running time and program resources of the MCU.

3 Research on the algorithm of folding test
3.1 Data Analysis and Selection of Train Breaking Failure Detection System Because it is a complex system with various non-ideal factors, the signal detected by the detection is very random, and its characteristics can often only be given in a statistical sense description. Here, the traditional filtering method cannot separate the useless signal from the measured data. In order to obtain useful digital information with high reliability, a software algorithm that extracts the true value data from the data series is used. With strong self-adaptability, its effect is often not achieved by hardware filter circuit.
For n-time equal-precision data collection, there are systematic errors, random errors and negligence errors caused by burst interference, which will make the collected data deviate from the true value. At this time, the arithmetic mean value y of the n-m measurement data after excluding m error data can be used as the true value of the measurement result.

Where yi is the measured value of the i-th system parameter.
This method of replacing the true value y with the arithmetic mean of a finite series of measurements applies the principle of arithmetic mean. The value of N is determined by the system characteristics and follows the Bessel RMS error formula:

This formula not only shows that the squared sum Îµ of the residual error is the smallest with the arithmetic mean instead of the true value, but also shows that the sampling number n increases by Î» and decreases. But due to

The law of Î» decreases, so the decrease rate of Î» is much slower than n-m. When n-m> 10, the effect of Î» reduction is not obvious. In addition, it is considered that when n is too large, the condition of equal precision measurement no longer exists. Therefore, n-m = 4 ï½ž 10 is more appropriate. The detection device considers the value of 8 according to the measurement accuracy requirements and operation speed and other factors. The software filtering method is very effective for improving the measurement accuracy of the detection device. 3.2 Diagnosis method of closing faults Because the total gas consumption Q of the train tube and the decompression amount â–³ P, the number of vehicles n, and the gas consumption Q2 caused by leakage are all non-linear relations, but the Q and â–³ P The relationship and the relationship between Q and n under the same â–³ P can be analyzed with the measured data to fit the curve relationship that meets the measurement error requirements. For Q2, there is greater randomness, so the accuracy of the detection tube pressure is preferably higher than the allowable 20kPa error.
If the Q corresponding to â–³ P when the train is relieved can be detected before the train departs, if the corner plug door is closed or leaked during the operation, the measured Q3 is smaller or larger than Q, so the diagnosis can be made by measuring the flow rate. However, considering the actual situation, the Q measurement scheme is not reliable, because it is inconvenient to install the jet flow sensor at the locomotive train tube, and the consistency of the Q value measurement is poor, and it is easily interfered by other factors. In comparison, the measurement of the pressure P in the brake tube is less affected by various factors and is easy to obtain. Therefore, this system uses the detection tube pressure and the inflation time to determine whether there is a erroneous shutdown or leakage failure.
After the trains that have been grouped have gone through multiple tests to obtain the corresponding decompression amount â–³ P, the maximum allowable inflation time and the minimum time are calculated according to the results of multiple tests, and the train management can be relieved through real-time monitoring. The time taken when a certain pressure rises slightly below the constant pressure is used to determine whether the angle-closing door mis-closing fault and leakage fault occur. The diagnosis process of the angle-closing door mis-closing fault is shown in Figure 5.

4 Conclusion Through trial operation in Zhuzhou Locomotive Depot, the system of this device can ideally detect the closing fault of the train, and the detected closing position error is within three, basically meeting the operation requirements. In order to improve the detection accuracy, it is necessary to further collect data and conduct multiple tests to fully grasp the factors that affect the train braking (such as train tube and gas pipeline leakage, air temperature, airflow speed, etc.), which is used to improve the mathematical model.

A Battery Charger supplies current to the base plate. Once the AGV is in charging position and the collector has made contact with the base plate, the AGV computer turns on the current.

The base plate has chamfered entry/exit ramps to facilitate smooth drive-on/drive-off of the spring loaded collector.

Battery charging stations may be installed anywhere within the system where the production process allows the AGV to stop (staging areas, turn arounds, loading stops etc.).