The current VR systems are both fantastic and conservative: they give you a wonderful experience, but we all know that they still have a long way to go. HTC Vive is undoubtedly the best VR device at the moment, but first you need to buy a high-end PC, and pay for the full version of the game, set up a tracker in the game space and drag a long cable Wandering in the room. Even so, the experience it gives you is still unmatched. Next is our guess for high-end VR devices.

Let's start with the most basic place: the configuration of the future VR will move with you. Perhaps there will be a universal treadmill in this configuration that adjusts the speed and tilt as the user enters. Considering the average pace of adult males, in order to ensure adequate immersion, the area must reach 8 & TImes; 8 feet. This way, the user has enough space to walk, run, and even sprint in the virtual world. Or a single universal treadmill becomes a layer that controls the degree of sway, slope, roll and speed. 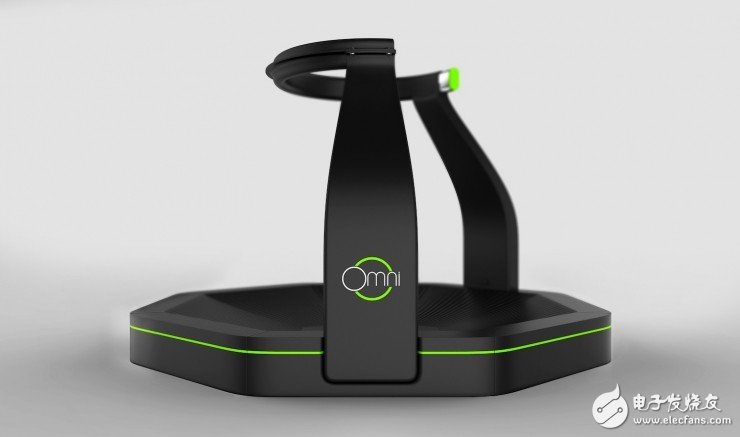 Of course, not everyone wants or can move in the virtual world for a long time, and there are a lot of immersive environments, such as watching movies, and there is not much need to introduce them. VR may support sitting or lying mode, and when the time is right, it may introduce a device that is less complicated than a recliner. In those modes, we can use the mechanisms we see now, such as the mechanism of interaction through gestures or gaze.

The next part may be the "tightsuit". To simulate haptic feedback in the real world, users need sensors and tactile feedback devices throughout the body, or at least important parts of the body, such as the face, hands, and feet. Focusing on precise pulses can simulate spikes; broad and decentralized models can simulate falling into the water. For those who want to further enhance immersion, climate control can also be chosen to change microscopic environmental conditions (of course within the appropriate temperature range).

The first generation of hardware that tried to solve the body feedback problem is likely to collaborate with VR using a jumpsuit with tactile feedback. The glove of the suit will simulate the action of grabbing the object by limiting the movement of the finger: when you pick up a hard plastic cup in the VR, your glove will immediately prevent you from further exerting force to simulate the effect of holding the cup. . It's quite possible that a full-featured outfit is unrealistic for most people, so they'll find that feedback that covers the face and hands is enough. Humans have more nerve receptors on their fingers than other parts of the body (except the feet and lips), so the tactile input on the hand may be enough to deceive the brain to believe in the scene in VR.

In the future, our VR devices do not require a controller. Regarding the use of human hands to interact, Steve Jobs once said: "God gave us ten styluses, we should not invent one." Imagine the way we use tapping on the phone, then we are in VR It will only interact with each other in the air with both hands. There is no need to hold the controller in VR at all. In the FPS game, your glove will simulate the size and feel of a gun, the simulated scalpel feel or the feel of the sewing clothes during simulated surgery... In either case, your hands are empty. The Voice UI can assist gestures with more detailed, natural language commands.

The weight is hard to simulate in VR. Depending on the weight of the object, the user's movements may slow down accordingly: for example, stop and pick up a piece of furniture, and the user can stand up faster than picking up a feather. In VR, tactile feedback, speed of movement, and other techniques can be used to influence weight. We will discuss this issue in the future.

In the end, we have the option of avoiding wearing a whole suit. Neural signals allow users to see and feel the same objects in the real world. The feelings of each of us look at things are different. No one is exactly the same in feelings. We are only loyal to our own feelings. Although "insertion of nerve signals" is a distant future, many people now choose to use universal treadmills and other equipment for exercise.

Visual input is the most important part of a VR device. Now we are all caught up in the shape of this product, such as Vive and Oculus. However, the limitations of this product are also obvious, the frame rate is too late, the view is small, it feels a little dizzy, and the helmet is also very uncomfortable - Imagine a heavy helmet on your face. And what is the feeling of your face constantly sweating.

The solution for the future will be to get rid of the bulky wired helmet and turn to glasses that can directly cast high-resolution images onto the eyes, such as Magic Leap. We will be in AR mode (high transparency, so you can see the real world covered by the digital information layer through the lens) and VR mode (low transparency, so you can fully immerse into the virtual world).

Most of the VR mode usage scenarios are at home or in private spaces, such as teleconferences in the office or playing games at home. The application scenarios in AR mode are much broader: for example, real-time uploading of Google Maps on the street, capturing Pokemon in the field of view, and even scanning and displaying the Linked In files of strangers in the cafe. Eye tracking can be more practical, such as interaction with NPC or virtual human images, display detail analysis, heat maps, and more.

Let's go back to the head. The brainwave map can show the user's brain waves and convert ideas into behavior. The user may look at an object in the VR and imagine how to interact with it. These interactions can be scanned into brain waves and converted into behavior without delay. Whether it's equipped with a kit for detecting brain waves or a device that only needs to be worn on the head, they will liberate the user's hands in VR, especially in combination with eye tracking technology.

Increasing odor is another way to enhance VR fidelity. Either the device on the user's suit, or the room experiencing VR will release the odor associated with the VR experience. Companies like InternaTIonal Flavors and Fragrances have begun planning to develop a synthetic base that, when mixed at different ratios, emits a different odor. Startups will set up a platform for the market creators to tune their scent and use hardware peripherals to release the appropriate scent at the right time. Running in the prairie in the Legend of Zelda VR version? You will smell the grass. Those who want to experience more realistic can add an electric fan to the VR peripheral to simulate the feeling of wind or falling.

The importance of audio VR accessories has not yet been highlighted. Whether the sound is transmitted from a secondary or room speaker, the developer will develop audio for the user so that the sound will respond to changes in the user's movement in the virtual world.

Devices running VR App should be more powerful and smaller, and cheaper than the devices we can buy today. Maybe it's time for a VR-dedicated computer to start, but with Moore's Law and the current trend toward wireless, maybe this computer is mobile. A VR device that can be carried around is great for the user.

VR technology is still in its infancy. We've seen many companies and their founders want to turn real-life experiences into VR experiencesâ€”like converting standard browser windows to 3D styles and using the same navigationâ€”but innovative people think It's how to change the look of the browser in a whole new way. Now is the era of infinite possibilities, we can't wait to witness the coming of a new era.

Easy push on -push off installation

impervious to mold or mildew

Breathable& will not retain water

Available for casting and spinning rod

Expandable sleeving is widely used in bounding and protecting of electrical cables, automobile and aviation sectors.

The selection of this product refers to following four parameters.

A- yarn number (one or three);