However, after nearly two years of spurt growth, the drones were cold in the capital market in 2016, and the shrinking investment has further diverged the two-stage differentiation of the drone market. At the beginning of December last year, the third quarter tracking report of the drone market pointed out that the market share of Dajiang declined for the first time, which indicates that the competition among the unicorn enterprises is more intense. 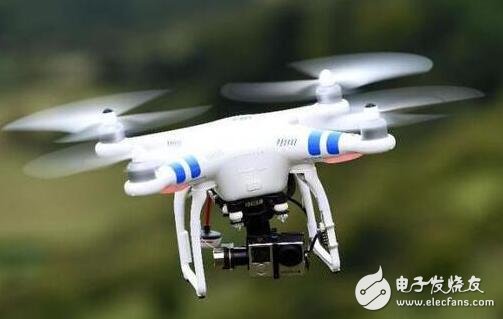 The industry believes that the drone market has entered the shuffling stage, and players on the international stage are particularly obvious.

On November 9, 2016, the Karma drone, a sports camera brand owned by Gopro, announced that it will recall 2,500 units sold in just 16 days. On January 16, 2017, the Lily drone that has been hopping after crowdfunding Announced the closure, and the domestic news of two well-known drone manufacturers Yihang and zero-scale layoffs.

However, according to the foreign media website reported on February 8, with the continuous promotion of drones, companies around the world are exploring new applications for drones. According to a recent report by research firm Grand View, by 2025, the global drone business market is expected to reach US$84.31 billion (approximately RMB 580.3 billion).

In 2016, drones made many breakthroughs in the technical field.

In terms of battery life, the maximum battery life has been increased from 60min to 273min, which is about four times more;

In 2016, many companies made new attempts in this field and achieved success. Taking the well-known Dajiang and Corbett as examples, in the second half of 2016, the Phantom 4 Pro released by Dajiang has reached a life of 30 minutes, which has reached the current consumer-grade drone compared to the past 5 minutes. At the same time, commercial-grade drone supplier Cobbbit also stood out this year. Its HYDrone-1800 drone, which was released in April, replaced the traditional lithium polymer battery with a hydrogen fuel cell. It has increased the battery life by more than 4 times and reached the highest level of 273 minutes in the industry, which enables the drone to effectively cope with some extremely difficult working environments with high altitude and high pressure.

On the other hand, solar cells are increasingly becoming a new trend in the development of drone technology. Not long ago, Alta Devices, a developer of drone solar solutions, provided solar technology for a new generation of drones developed by drone manufacturer C-Astral, which greatly improved the endurance of drones. This new solar cell breaks the world record with 31.6% efficiency, allowing the drone to fly for at least two more hours. At the same time, this solar power technology can also extend the flight time of the drone. It does not affect high-performance aircraft design.

In contrast, "RTK+ Image Tracking" is becoming a new revolutionary force, guiding the development of drone tracking technology. The UAV positioning system based on RTK technology (real-time dynamic difference method) can acquire satellite navigation signals in real time. And RTK differential positioning information to achieve high-precision GPS navigation and positioning, can greatly improve the accuracy of GPS positioning and navigation, such as the P20V2 developed this year, the military-grade RTK positioning module, so that the accuracy of the route reaches the centimeter level. Not only does the spraying of agricultural plant protection more precise.

In the picture transmission module, Lightbridge technology has also become the mainstream, and it is expected to gradually replace the old Wi-Fi image transmission in the future;

Lightbridge technology is more "comprehensive", it mainly uses software to define radio technology (SDR), to get rid of the prominent contradiction between Wi-Fi transmission in distance and bandwidth. Specifically, efficient digital compression and channel transmission technologies are the main features of Lightbridge. These two advantages enable stable HD video streaming in a variety of unfavorable wireless transmission scenarios, while at the same transmit power. The huge link margin can also significantly enhance the anti-jamming and occlusion capabilities of the drone.

"Binocular Stereo Vision" is a "new face" in the field of obstacle avoidance in this year. It has changed the way traditional obstacle avoidance technology relies on signals to detect obstacles, and adopted a new three-dimensional depth image information acquisition technology. More reliable drone obstacle avoidance. In the current situation, "binocular stereo vision" (referred to as binocular function) has been paid more and more attention, and has become the standard and propaganda point of many new products. The elf Phantom4 released by DJI Innovation uses the stereo vision positioning system. The binocular vision sensor and a set of ultrasonic sensors fundamentally solve the problem that the traditional obstacle avoidance technology is susceptible to interference and the reliability of the data signal, and realize the function of stable flight in a complex environment.

The first UAV night vision system, "Tianmu", fundamentally changed the status quo of drone "night blindness". This night-time obstacle avoidance module uses active near-infrared illumination technology. Simply put, it adds a special "flashlight" and transforms the "flashlight" as a drone "eye" device, while the binocular is made up of two black and white. The lens composition can be imaged from the 380-1080nm band, which means that the drone can not only "see" visible light, but also see infrared rays that are invisible to the human eye. The unmanned person actively emits near-infrared light. Although it is invisible to the human eye, it can be used as a light source at night. Each lens of the dual purpose can receive the feedback of infrared rays in the environment. After binocular calculation, the environment and the environment can be sensed. Obstacles, and the obstacle avoidance distance is unchanged from daytime, both 30 meters (angle: horizontal FOV65 Â°).

In addition, UAV technology has made forward-looking progress in various fields such as cloud station stabilization, fixed-point hovering, and main control chips.

Faced with the rapid development of drone technology, companies around the world are creating new business and operational models based on drone services. As a result, today's drone companies are no longer confined to the previous hobby areas of concern, but are constantly seeking a wider range of everyday applications.

In 2016, the choice of DJI was to build an ecosystem, mainly to train third-party service providers. The choice of flying is mainly based on its own services, while selling drones to third parties. The farmland butlers who are invested by GGV, Zhengge, and Shun are hoping to enter the mode of â€œDrips and Flying Handsâ€.

In the logistics direction, compared with the suppliers of products, e-commerce and logistics companies closer to consumers have gained higher media attention. In 2016, Amazon finally received policy support and successfully tested the flight. Jingdong drones sent the first trial operation in Suqian, China Post and the fast-moving ants opened the first drone post, but the application of drones in the domestic logistics industry will obviously not happen overnight. Security and policy are still issues that every player has to face. Google Project Wing and Amazon's Project Air have also given more inspiration to logistics drone entrepreneurs. The development of pure electric vertical takeoff and landing fixed wing has become a new direction, and the hybrid wing has become one of the new solutions in the transition period.

Similar to the entire robot industry, the government and institutions are still the most stable buyers, and security and power have become the most mature and reliable application markets.

Compared with domestic companies, overseas Chinese entrepreneurs are also exploring the road to commercialization. Muse Technology wants to use drones to conduct wind power equipment inspections and has begun to contact cooperating customers. Panton, which has made damage to drone houses, has been applied on the east coast of the United States after Hurricane Matthew.

The development of the daily business of drones benefits from its applications in agriculture, mapping and surveying, infrastructure maintenance and inspection, safety and surveillance, and large capital projects. In addition, mining and insurance are expected to become potential expansion areas for drones, making it easy to access high-quality data using drones and facilitating process improvements.

Given the cost, companies around the world are also looking to buy data and information services rather than investing directly in equipment. Innovative companies are also in the process of exploring the use of drones in air fire, first aid, and infrastructure and residential/commercial complex designs.